I made it through another weekend. It’s Monday and I’m still breathing. Reluctantly, but breathing. Last night was a headache and a body ache, for that matter, based on how I felt when I woke up. Trying to get something to eat was a challenge.

Since I’m broke, I had to resort to asking a friend for some dough. That’s always a convoluted mess as I’m in South Florida and she’s in New York and I don’t have an address. So, Paypal comes into play. Paypal isn’t bad and I’ve used them for years for client billing, selling stuff and moving money back and forth. But, when it comes to buying food, it’s another story. I find it interesting that buying food is a big part of what they promote. I guess it’s easier when one has an address.

My friend sent me $10. Now, I had to get it out of Paypal and into some usable form. That typically means a gift card. Where I sleep is next to a Target, so they seemed like best option.

I had thought about going to Red Robin. They tell me I have $21 left on a gift card. But I didn’t go. I ran into such a hassle last time I was there and tried to use the card. Actually, it’s not a physical card.

It’s digital. As such, it shows up in my browser, but Red Robin doesn’t have wifi. It’s a matter of remembering to take a screenshot before I go there so I have something to show. The hassle last time was due to writing down the card number in a word processor (instead of taking a screenshot) on my phone. Enter the headline for this post. I entered the number one digit off. A “7” instead of a “6.” I worked through it, for the most part, but I never finished my burger and fries when I found out I would have a card headache. Now I’m paranoid about going to Red Robin.

Back to Target. I fired up their site on my iPhone and bought a $10 gift card. All the while I’m thinking, “Is this really dumb?” Nonetheless, with the digital card on my phone, I took a walk to Target. I found some popcorn and something to drink and walked up the checkout register. My paranoia followed me entire way. Would they accept my digital gift card? Fortunately, they did and I left in a hurry, before they could change their mind.

I scurried back to my spot at the shopping center and nestled down for the night. By this time, it was dark. If you’re ever homeless, you learn pretty quick that the darkness of night and a tall hedge are a couple of your best friends. We don’t want to be seen. There are the gawking eyes, the sad looks and the occasional pedestrian asking questions.

Such was the case yesterday. A woman was walking from her car over the hair salon and saw me sitting on my concrete throne. She asked me if I was homeless. I replied, “Yes.” Like “Duh!” Then she proceeded to tell me about how I should be in the homeless shelter in Lauderdale where she worked. Nice idea, but it’s 15 or so miles away and I don’t have car or bus fare for that matter. She was a nice enough lady but didn’t offer a lift or any other help. I was just hoping she’s leave by a different path. I couldn’t bear the thought of another pointless conversation.

Popcorn is amazingly filling and goes pretty far. When you’re homeless, you really don’t think about 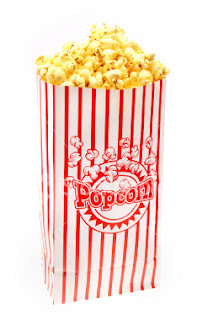 nutrition. You think about bulk and filling your gut. The Target popcorn hit the spot. Salty and buttered, no less. The only problem with popcorn, or any food, is that it conjures ants. They all came to last night’s party. Judging by how they enjoyed crawling all over me, they seem to like me.
Maybe it’s the stench they like. At this point, I’ve got to smell like a garbage can in the summer heat. I made the mistake of taking my sneakers off for a minute last night. I just about fell over from the smell.

In a strange turn of events, my mother called me last night. I missed the call. My phone uses an iPhone app for calls and it works only on wifi. So, if I’m out of range callers need to leave a voicemail. I called her back this morning from the sub shop with no answer. No surprise there. She rarely answers her phone. I don’t think she can hear it. She’s 85 or 86, I can never remember. I’ll try here again in a bit. She probably just wants to see if I’m alive.

It’s afternoon now. 1:11 to be exact and the end of the work day is looming. We leave around 5:00 and my ride drops be off at the shopping center. I’m happy that it’s Monday and the hair salon is closed. There should be little foot traffic. Then comes search of entertainment to avert the boredom. I play Solitaire and, if I’m lucky, watch something on my iPhone. I have the Netflix app and a friend gave me his access. I also watch YouTube.

Now I suppose I’ll try to figure a way out of this mess. I’m a wee bit options-challenged. If any of you have any suggestions, please add them in a comment.